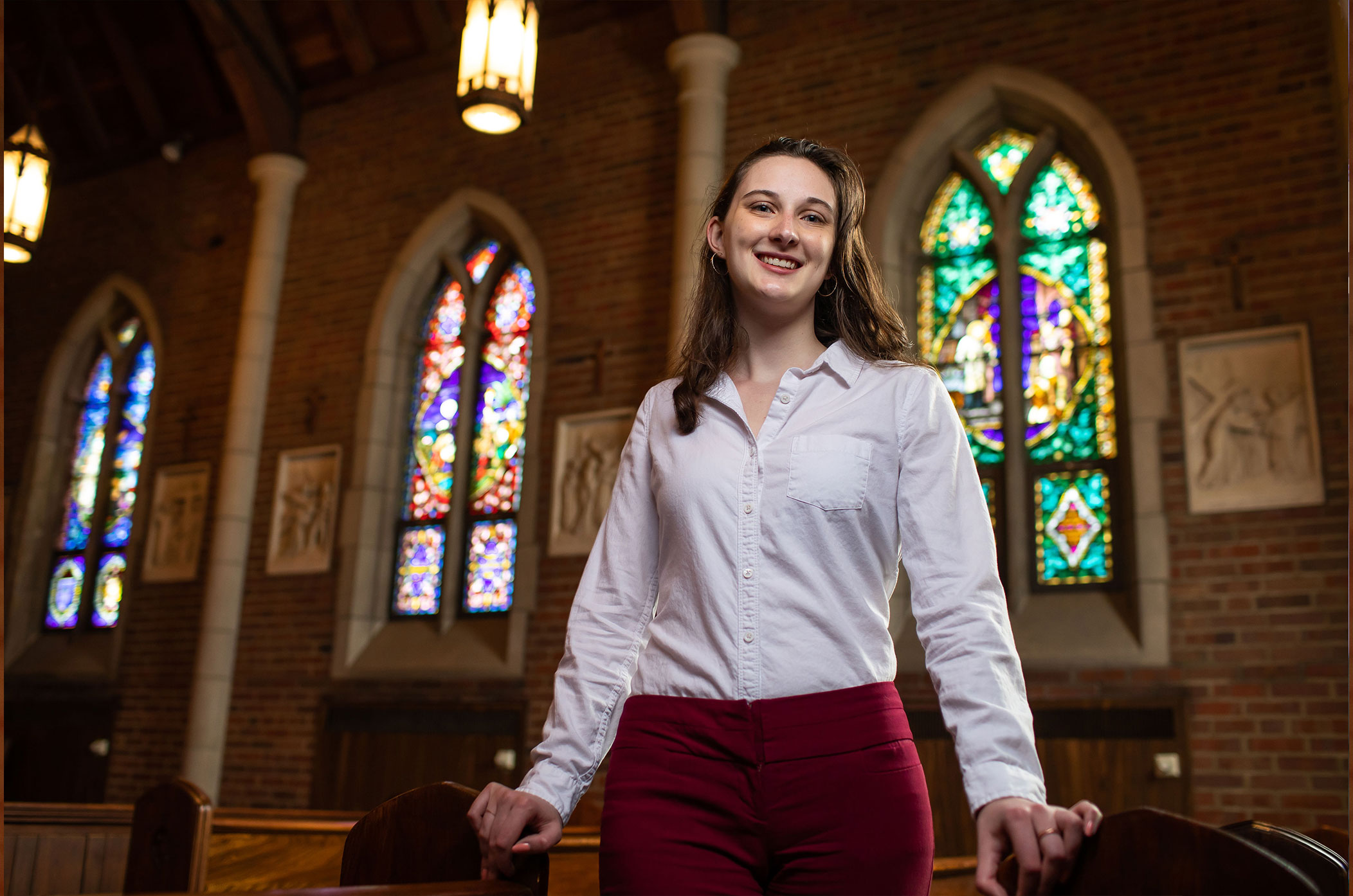 Charted on a campus map, the walk across John Carroll University — from the Boler College of Business to the College of Arts and Sciences — looks too short to even wake a sleeping step tracker.

Talk to Katie Burns, a 2019 graduate with a double major with Accountancy and Peace, Justice, and Human Rights, and you learn that there is more ground to cover than meets the eye.

“Any time we introduced ourselves at the beginning of a semester, whether I was in a business class or a Peace and Justice class, I would get the same reaction,” says Burns. “Everyone looked at me as if to say, ‘what are you doing in this class; and who decides to have a major in each college?’”

Initially, an advisor noticed Burns moving quickly through her requirements and suggested an accounting/finance double major, a popular choice among Boler students. “But I didn’t want to do that,” Burns says. “I’m not really passionate about finance, but the conversation got me thinking.”

Burns credits her older sister, a graduate of the interdisciplinary Philosophy, Politics, and the Public honors program at Xavier University, with planting the seed of an idea years earlier, when Burns was still in high school. “My sister got me started in terms of making connections between contemporary issues and longstanding ideas around the public good.”

Professor Philip Metres, Director of the Peace, Justice and Human Rights Program, helped Burns map an academic plan. “To my knowledge, nobody had ever combined these two majors before,” she says. Burns believes that the combination of intensive course work in philosophy, political science and economics — and a variety of hands-on learning experiences, including an internship with Policy Matters Ohio — gave her a 360-degree view.

Boler College launched the Kramer School of Accountancy and Information Science, and the Donnelly School of Leadership and Social Innovation, with an eye toward replicating that same 360-degree view and closing the gap between business programs and related John Carroll University offerings.

“We know that the future of work will require a broader set of abilities and perspectives,” says Alan Miciak, President of John Carroll University. “In the near future, accountants will work closely with people from finance, risk management, and a wide range of functions to better gauge how human capital, natural capital, and social costs all factor into company performance. We’re trying to graduate more people like Katie Burns, who walk into change with the skills and temperament needed to adapt on the fly and see their way through ambiguity.”

“I am proud of it,” Burns says of being ahead of the curve. “At every step, I felt that I was doing what I love with both programs.” For now, she’s focused on the new position as Tax Associate at PwC(Pricewaterhouse Coopers) in Cleveland and preparing for the CPA exam.

“I’m not sure how that will translate in the profession,” she admits, “but I trust that I will see the opportunities when they present themselves.”