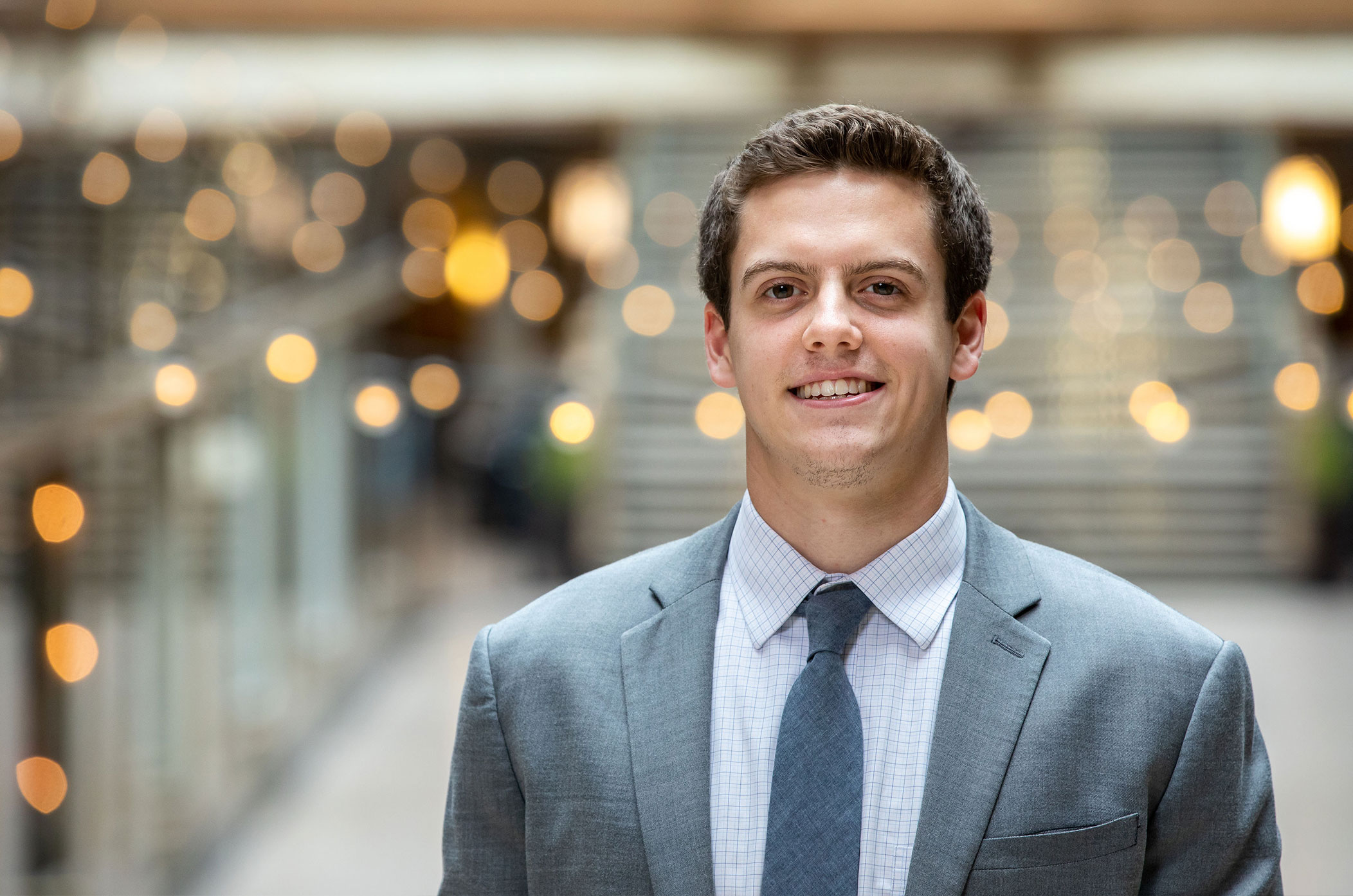 While most college students stop at downloading the Uber and Lyft app, or booking an Airbnb, Noah Johnston, ’20 and his fellow Boler finance majors are contemplating more than a ride into the city or a football rival weekend road trip.

As members of the JCU Investment Banking Club, they approach companies like Uber, Lyft and Airbnb with more than a consumer’s passing interest. “We’ve been studying companies that come to market with new technologies and new business models,” Johnston says, “looking for company fundamentals and historical stock returns that might support a specific investment strategy.”

Even casual investors know the buzzing sound that typically surrounds initial public stock offerings (IPOs) for the so-called tech darlings. Market historians trace that wave back as far as 1602 when the Dutch East India Company offered shares of the company to the public in order to raise capital. In the modern era, the buzz began with Google’s much-anticipated IPO (August 2004) and more recently, Facebook in 2012.

Johnston, Mitchell Kotheimer, ’20, recent graduate Ryan McGowan, ’19 and others have completed a research paper with the guidance of Boler College professor of finance Scott Moore. Their research looks at whether 10-year trends in IPO price fluctuations points to a viable investment strategy for a new student run investment portfolio that has $50,000 in seed funding.

One constant with high profile IPOs is that only the biggest investors - typically pension funds and other institutional investors - can buy in at the price set by the underwriting brokerage firm. The general public, meanwhile, must wait until shares go onto the market.

Uber, for example, immediately garnered a valuation north of $80 billion and then dropped quickly, leaving many savvy investors and retail buyers questioning the validity of IPO pre-sale claims.

Distinguishing between what disruptive companies stand a chance at someday making a profit (Amazon) and the rest, will keep Johnston and his fellow JCU Investment Banking Club members engaged for the long term.

In contrast, the Boler College Dornam Student Investment Fund aims its investment strategy toward less volatile, large cap stocks, benchmarked against the S&P 500 Index. This fund ($220,000) makes evaluations and buy/sell decisions in the Portfolio Management (FN 452) course, with students guided by a full-time faculty member and an executive-in-residence, a former Chief Investment Officer for KeyBank.

“It’s a highlight for any finance student,” Johnston says. “There’s a high degree of responsibility that you feel, toward your fellow students and to the future students who will assume the role of managing the fund.”