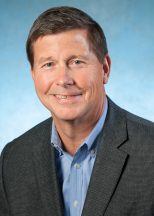 Mr. Dailey began his professional career with PricewaterhouseCoopers LLP in Detroit (1974), was admitted as a Partner in Cleveland (1984), served as Office Managing Partner (1994-1996, 2002-2007), and Regional Managing Partner of PCS (1997-2001). He was a member of the extended National Leadership Team of PwC from 1997 to 2007, and retired in 2009 after 35 years of active client service as an Assurance Partner in addition to his leadership roles.

Mr. Dailey assists the Department of Accountancy with student advising and serves as a liaison into the local business community. He is actively involved in the Cleveland community on Boards of Directors or Board committees for 3 universities/colleges, 2 inner-city high schools, the Cleveland Catholic Diocese, Divine Word Church and the Western Reserve Historical Society.